From the ground up- We’re changing the way we live! 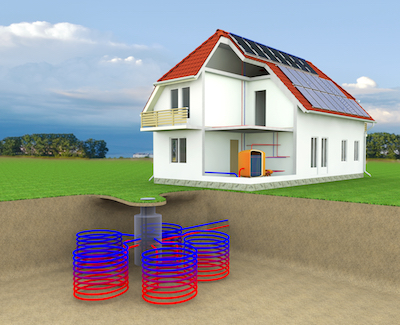 Geothermal Heating and Cooling in Maryland 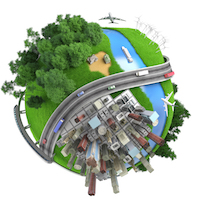 By Sarah Brophy, Kymberly Taylor & Michael Loftus What’s Up Magazine Annapolis, Maryland As gasoline prices rise and fossil fuels disappear, more and more Marylanders are looking down- at the ground; just six feet below their garden, residence, business, or favorite football field, there exists an almost infinite supply of heat, or geothermal energy. When harnessed to a geothermal heat pump, geothermal energy can be used to efficiently heat and to cool your residential or commercial property. 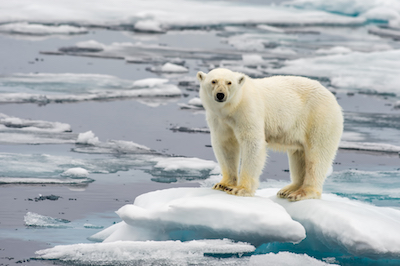 How Do Geothermal Heating and Cooling Systems Work? 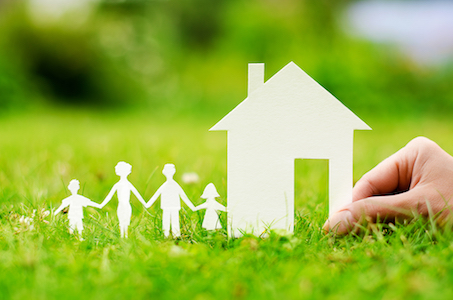 First, your contractor digs three to six-foot deep trenches. Have you ever wondered why rabbits live in extensive burrows located deep underneath the ground? In Maryland, no matter what the weather is like outside, the subterranean temperature, greater than six feet underground, is always a moderate and stable 56-57° Fahrenheit. A geothermal heat pump system captures heat from the ground and uses water as the heat transfer medium. Water transmits heat 200 times more efficiently than the air that is used by conventional air source heat pumps. These environmentally friendly geothermal pumps actually work with nature- they turn extremely cold air into hot air in the wintertime and very hot air into cold air in the summertime. Geothermal heating and cooling systems also reduce carbon emissions and energy usage by up to 72% when compared to conventional heat pumps. 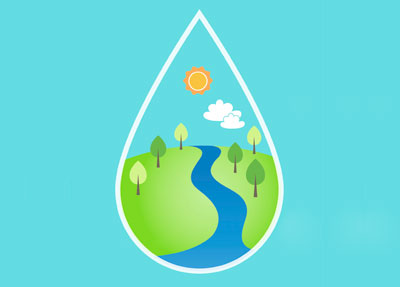 Next, pipes or ground loops are laid down. Sometimes, deep wells are drilled, depending on the site. Geothermal heating and cooling systems need three things to operate: Ground loops are pipes filled with an aqueous solution and they are buried at least six feet underground near your home or business. They cycle the aqueous solution from the ground to your home and then back into the ground. There are closed loops and open loops. A closed-loop circulates the same aqueous solution continuously. An open loop is simply a pipe that is open at both ends and circulates groundwater. Vertical closed-loop systems are used almost exclusively in Maryland.

Later, all ground loops are buried. The geothermal heat pump is the system’s “brain.” However, instead of right and left hemispheres, the pump has compressors and heat exchangers. About the size of a washing machine, the system is attached to the outdoor geothermal ground loops. Usually, the geothermal heat pump is located in a cabinet located in your basement or attic. Ground loops carry geothermal heat to the geothermal heat pump, which uses its compressor to convert 57°F groundwater into an exceptionally hot gas-approximately 175°F. A heat exchanger then removes the heat from the gas and channels it to a blower, or fan, that circulates heat throughout your home or business’ ductwork and vents. Geothermal Cooling & Geothermal Air Conditioning In the summer, your geothermal heat pump uses the same groundwater to cool your home. Do you ever hear your central air conditioner groaning on a 90°F scorching day? It is working hard to draw in that 90-degree air and to lower its temperature by about 15°F so you can remain cool and comfy inside. Your geothermal pump does not need to work as hard so is much quieter and significantly more energy-efficient. Instead of converting very hot air to cool air, it begins with a 56-57°F ground source baseline temperature to produce air cold enough to keep your home comfortable. The thermal “hot” water cycles back underground, where the earth regulates its temperature back to about 57°F. But wait, there’s more. Instead of cycling all the heat back to the ground, modern geothermal heating and cooling systems can capture this heat to provide domestic hot water by using a device called a desuperheater. Desuperheaters shorten the payback periods of an investment in a geothermal heating and cooling system. 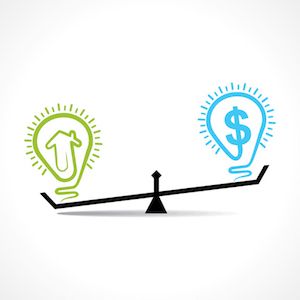 This geothermal heat pump has a desuperheater inside. It directs, by a horizontal pipe, residual heat right to your water tank to assist with heating.

Geothermal energy systems are becoming more and more mainstream. You can find them at The Market House in Annapolis (when it finally re-opens,) Easton’s St. Mark’s United Methodist Church, Kent Island’s United Methodist Church, Washington College’s two newest dorms (and soon in its renovated dining hall), Gilliam and Spector Halls at St. John’s College-and in many residences around Annapolis, including John Martin’s home. Martin considered solar energy for heating his home when he began exploring renewable energy systems. He ultimately chose geothermal, though at some point he may use solar power to heat his pool. Geothermal heating is a “no brainer,” Martin says, because his residence, due to its northern exposure and extensive glass surfaces, is very expensive to heat and cool. With “GeoExchange” he and his family are trying to do their part. “We can continue to enjoy the house, be more energy-efficient, and have a greener planet. We’re trying to make a little bit of difference,” he says. He has calculated that the money he saves on energy bills will equal his upfront costs to install the system in just six years. And, he notes, it gets shorter every time the price of oil goes up. In other words, eventually, his savings on energy bills will equal the upfront costs. The contractor who installed the Martins’ system, Earth River Geothermal Inc., notes that geothermal systems may have huge financial and environmental benefits; however, the homeowner should understand that initial capital costs are relatively high. Retrofits for modestly sized homes start at about $20,000 for a 3-ton geothermal system. He points out that the United States Environmental Protection Agency reports that geothermal systems are “the most energy-efficient, environmentally clean, and cost-effective space-conditioning systems available.” Moreover, the United States Government Accountability Office predicts that “if geothermal systems were installed nationwide they could save several billion dollars annually in energy costs and substantially reduce pollution”. Keep in mind that, especially if you are retrofitting an existing building, the drilling process can surprise you and your neighbors. Inevitably water, dirt, and sand combine to create a mucky mess. The Martins needed four 300-foot geothermal wells. Although John Martin’s geothermal contractor prepared the yard by removing the sod and covering the driveway with tarps and resodded the lawn after the project’s completion, he says that the whole process still temporarily creates “a hefty mess.” Institutions confront the same concern as homeowners over rising utility bills. Containing energy costs at Washington College in Chestertown is critical, especially with 30,000 square feet of new dorm space. Briggs Cunningham, the climate action coordinator at the college’s Center for Environment and Society, says that by installing geothermal, “the college can keep its budget at a fairly consistent level.” There was some student concern about building “new” (not typically considered a sustainable practice), but the dorms will allow more students to live on campus and provide student housing as older dorms are retrofitted or used for other purposes. When it comes to accessing geothermal heat, the Eastern Shore and Annapolis have a geological advantage over many other parts of the country: soil composed of sand, clay, and not much rock. Pliable earth makes drilling wells for geothermal exchange much easier than it is in other areas, even if the hole is just six inches across. At St. Mark’s United Methodist Church in Easton, twelve wells were needed, every 404 feet. These were dug during the first phase of expansion. And there is room for 28 more wells for future phases. The Kent Island United Methodist Church drilled 50 geothermal wells and has room for another 50 geothermal wells if the church expands. Though geothermal heating and cooling systems seem unwieldy, one professional in charge of the Easton and Kent Island church expansions reminds us that the systems are versatile: they can be modified to work with existing radiators or to direct hot and cold air into different zones. And they can be controlled automatically, much like a conventional central heating and air conditioning. If a loop in a well fails, the well can be closed off and sealed and a new well drilled and connected. “The new technology is finding its ground. It’s not a fast recovery system, but it’s very constant and saves energy and lowers operating costs,” he says.

Ground loops are buried and completely concealed, so this formidable mess disappears when the job is done. Your contractor should be able to help you sort out grants and tax credits that will help reduce your costs. There was a 30 percent federal tax credit for residential systems and the Maryland grant program has benefited from the 2009 government stimulus money though, at this writing, applicants may face a waiting period in 2010. Currently, there is a 26% Federal geothermal heating and cooling tax credit. Even if you don’t receive a grant during the first year, you may be eligible to join a waiting list. Local counties also have geothermal property tax credits, especially in Anne Arundel County, Howard County, Montgomery County, and Prince Georges County. You can learn about state grants and rebates on the Maryland Energy Administration‘s Web site. Remember to hold on to your receipts and purchase documents so you can prove that you qualify. Some alternative energy systems just may not be feasible. When you consider the cost of a system and whether it will suit your needs, take into account three factors: We must add the “planet” to the list. It’s not all about economics, but also about something priceless: a healthier environment for future generations. Sarah S. Brophy’s new initials after her name are LEED-AP: Leadership in Energy and Environmental Design-Accredited Professional. With green building and living becoming mainstream, LEED is no longer just for businesses, architects, and engineers-it’s for homebuilders and homeowners, too. The simplest and easiest practices continue to make a difference in your energy use. Here are ways to conserve energy in two important areas: 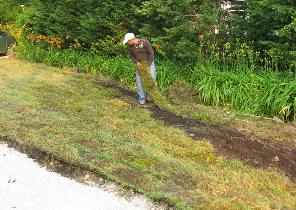 In Maryland, the subterranean temperature is a steady 55-57°F year-round.

Ask your utility company, or find an experienced contractor, to conduct an energy audit to identify inefficiencies in your home or business. Infrared technology may be used to spot air leaks. An auditor will also examine your insulation and look for gaps from animal holes or missing building fabric around light fixtures and piping that let heat escape. Put up your storm windows; use insulating blinds or curtains and use draft “snakes”. Examine your sliders, if you have them, and ensure that they are sealed properly. One expert notes “even the best slider made is a poor excuse for a window or door.” Check weather stripping on doors and caulking on windows. Eliminate gaps where heat can leak out. Keep furnace filters clean to improve airflow. Keep blankets and throws on your most-used chairs and couches. While watching television or reading, wrap up rather than turning the heat up. Warm cold floors with seasonal throw rugs. Hot Water Heaters Turn down the temperature on your water heater. Find the tank, locate the thermostat, and drop it to 120°F or so. If you are turning on cold water in the bath or shower to adjust the temperature of your hot water, your hot water is too hot. Water loses a lot of heat traveling through pipes. Make sure that the tank and the pipes are well insulated. What’s Up Magazine Annapolis, Maryland
2020-06-01T10:02:26-04:00By Mark Schultz|Blog, Geothermal Heating & Cooling|